This dreamy photo was taken at Tom Greenwood's Studio in Wood Green, must have been around 2008 when I was recording the album Poetry and Rhyme there.
I keep finding things; moving the Offsprogs' belongings about, clearing out the loft and putting new rubbish up there (temporarily I hope), I have found all sorts of old photos and drawings.
I wish I had a functioning scanner, but you know how it is: you get a printer, and it won't scan, then you get a scanner and it won't print. Things won't talk to each other, a bit like people sometimes.
For instance, we have been given a new grand piano at work, and it's completely honky tonk. I didn't realise grand pianos could sound honky tonk; I thought they always sounded grand, but this one doesn't at all. The notes don't talk to each other, they just plink and bong like strangers on a train, and I can't imagine music sounding nice if anyone plays it. It's a destructive instrument, not a creative one, but apparently it's going to be fixed.

I've had an admin day today to catch up on things, as well as get rid of things. Three bags of cut up carpet went to the dump, plus a Christmas tree trunk from two years ago that I persuaded myself would come in useful some time. One bag of CDs went to the charity shop, plus some children's books, and there is more to go before the drawbridge is pulled up for winter.
The house smells of laundry because I've been washing grey things and sticky things. Best not to ask, really, but they grey things are a shade lighter and the sticky things are no longer unpleasant to touch.

Ah, music. My album is going to be fine-tuned mix-wise, and then I'm going to do an illustrated lyrics book to go with it. I did some illustrated scores for some of my songs a while back, and some 'sheet music' (can you have ironic sheet music? I think you can!) for a song called Baked Alaska, and also illustrated one of Martin's albums a few years ago. the time seems right to do it again.
That might have to wait until after tomorrow; I have some lyrics to write for a project that Lester Square is working on, and also a vocal for Femme Fatale to sing for Tim Rippington. It's so nice to have some music projects on the go again. 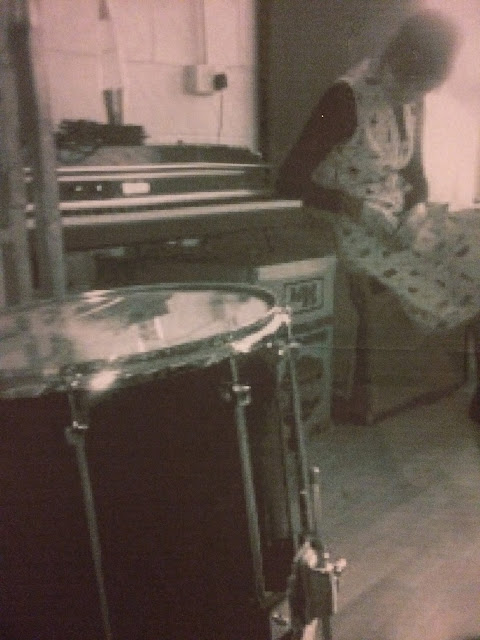