Thank you to Richard Boon for the invitation to be on this panel today. Jude Rogers was the moderator, and Shanne Bradley (from The Nips and The Men They Couldn't Hang), Pauline Murray (from Penetration and the Invisible Girls), Gina Birch (from The Raincoats), Liz Naylor (from The Gay Animals and City Fun fanzine) (oh yes, and me), sat in a row and talked in turn about what punk meant to us then, and what it means now.
The nostalgia thing... there are good things and bad things about the past. Punk was a great surprise!
Shanne talks in our film about her accident with peroxide and henna that made her look just like Johnny Rotten. It was a moment of mutual recognition when they met at the Sex Pistols' second-ever gig in St Albans in 1975 that even the band themselves have forgotten about.
It was interesting to hear about how it all began for each of us, and I did regret not mentioning Vi Subversa, who was one of the important people in Liz's world as well.
Today on my way home I remembered cutting off all my hair with a razor blade because one of the lecturers at Art College patted me on the head; that was probably my own significant pre-punk moment.
I looked a right state; no wonder I'd forgotten about it.
It was lovely to see Pauline and her partner Rob again; they'd had an exhausting Penetration gig at the Electric Ballroom on Saturday afternoon. The panel was pretty well attended considering that Owen Jones was speaking at the same time. And Kay Carr came along, Karina Townsend the fab sax player, Nicole Emmenegger, Cazz Blaise, and others too many to mention.
Pics below, not of Liz unfortunately, but do come to see our film on Friday because she is an undoubted star of storytelling (actually everybody is, and that's the whole point).
Pauline Murray, Shanne Bradley, Jude Rogers; Gina Birch; and chiefly, yourselves. 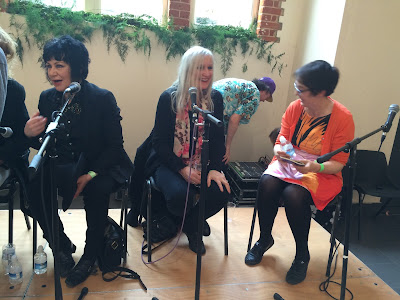 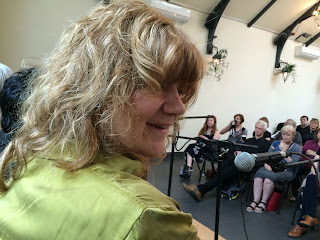 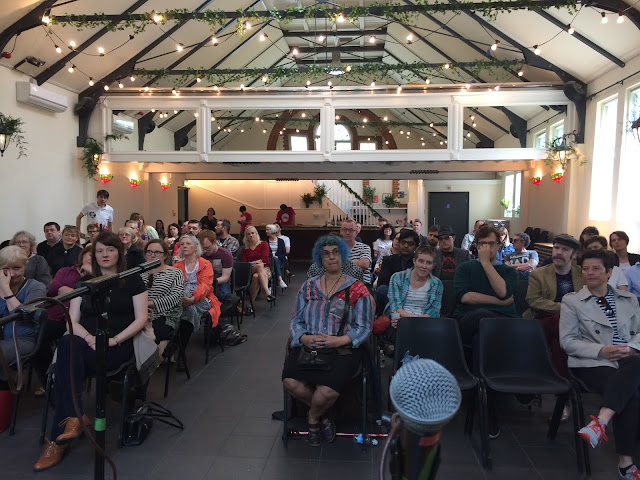 Hi Helen, it was lovely to see you on Sunday! Sorry I was a bit late for it...

Lovely to see you too- and see you Friday!

Lights & Decorations it must be Xmas!