It has been a long time since I saw my Champagne Friend. For reasons that shall never become apparent I was an hour late, but that had an unexpected outcome: we found ourselves party to the press conference with the English, Welsh and Scottish Labour Leaders, plus Sadiq Khan, who were all talking to an excited group of people about the Remain campaign. The photograph is really blurry because my camera's not very posh, but it proves we were there.
The exhibition is at the House of Illustration not far from the Regent's Canal, and it really is one of the most inspiring exhibitions that I've seen for a long time. Many of the illustrations are delicate, feathery lithographs, and the colours are very unusual. There are Yiddish story books as well as Russian ones, and lots and lots of animals, especially elephants, and insects. The overall design of the pages is gorgeous, and there is some fabulous drawing. I haven't been drawing enough and I realised that it's a skill you need to keep using because you never know what will flow out of your imagination. You must see this exhibition because it is funny as well as beautiful.
Afterwards we went down to the canal past the bookshop barge which was a heartwarming sight in itself. We thought we were being charged twelve quid for to cups of tea and we were so shocked that the waiter took a shine to us and was extra attentive- possibly because he rather took a shine to my Champagne Friend! 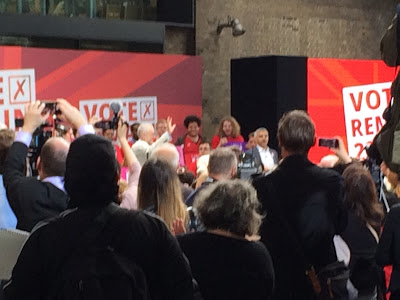 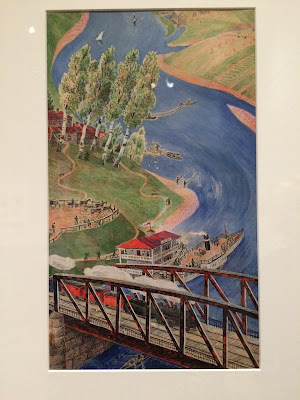 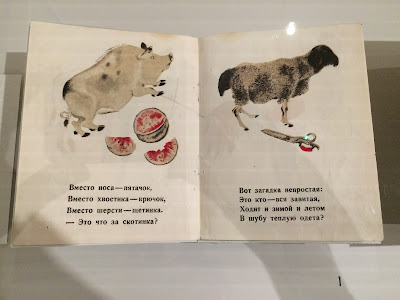 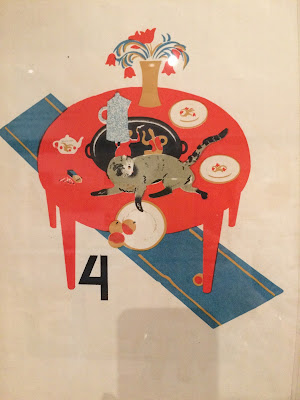 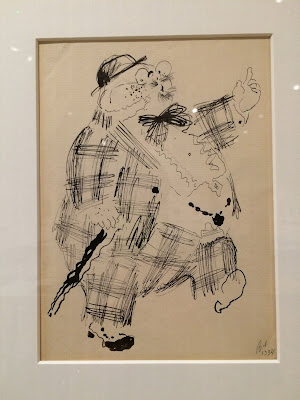 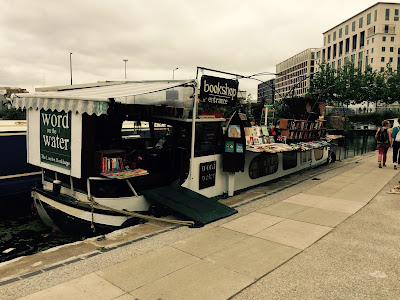