The 50%-children-filled audience chanted at the red-faced, red-lycra'd bull-shaped man whose shoulders were hunched aggressively, arms swinging by his sides. Conducted by the opponent wrestler, as the insults grew in volume, the man's face grew redder and redder.

'DON'T CALL ME MONKEY FACE!' he yelled at the audience, belligerently.

I'd never been to The Wrestling before, and had contemplated going on my own on the last evening of the holiday in Whitby, when I remembered that Mick, who with June sells Martin's CDs, used to be a wrestler- and they lived not far away in Goole.
So we all went, including their daughter Laura who was as excited as a five-year-old. Actually that went for all of us, and we got a table by the round window and sat back to watch one of the funniest things I've ever seen.
It took a while to warm up but once it got going it went like the clappers. A good proportion of the fighting happened outside the ring and there was lots of dirty fighting to start us all booing- Screwface scrunching up people's noses with his fingers, the chap with the black and white beard stuffing his bum right in another wrestler's face, thumps, bumps, bouncing off the wires, over the wires, on the wires... my jaw ached with laughing and shouting and by the end my muscles ached too after all that sympathetic clenching.
Mid- way through, we turned round and saw the most magnificent sunset with little wading birds running about on the sand at the fringes of the sea.
Turn back again, chairs were being flung across the room, big oiled men were being flung out of the ring, and the wrestlers acted out all of the things we're not allowed to do as kids- bashing, bouncing off each other's stomachs, shouting, stomping about in a sulk, yelling in the referee's face and sweating like fury.
It was absolutely brilliantly marvellous, and the most cathartic thing that's happened all year. 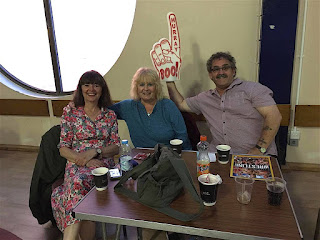 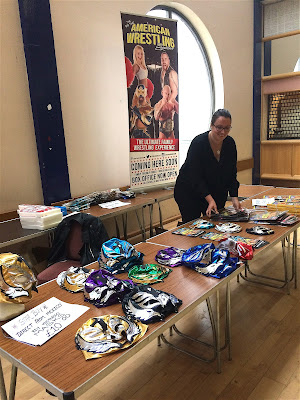 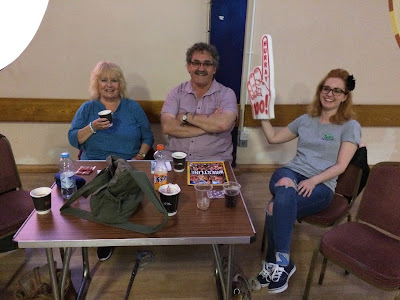 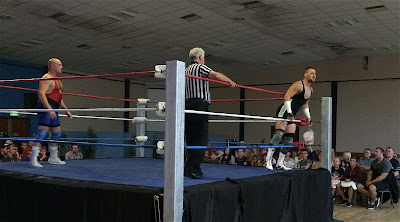 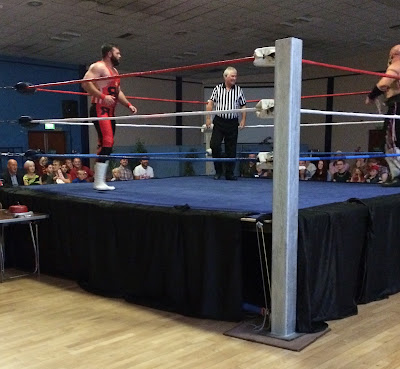 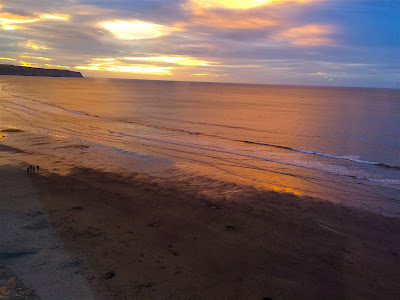 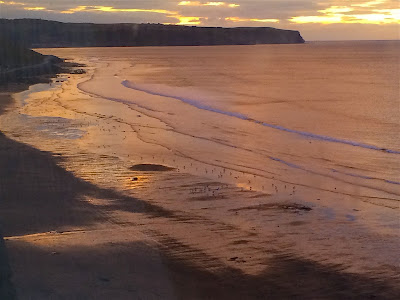