I was delighted to come back to Bom-Bane's café in Brighton, not just to play but also to show the She-Punks film. Many members of the extended Chrisp family attended, Max from the El-Trains and her partner, my friend Kathleen from Sunderland Art College popped in to say hello (hadn't seen each other for 40 years), and despite a couple of missing people (hello Alison, Kim and June!) there was still a very nice crowd who really enjoyed the film and hung around afterwards to listen to the songs, and even to sing along: https://soundcloud.com/mccookerybook/live-at-bom-banes-cafe-19th-november-2021

Jane is an amazing host and we have a lot in common, including a lot of friends. She used to sing in a 2 Tone band in Coventry and there is plenty to yak about, plus she gave us really lovely food. It felt, just like the last time, like a night out for me as much as for anyone else.

Next morning, at the cheap hotel with the fabulous breakfasts along Western Road, this gull tried to will our breakfast through the window so it could gobble it up. For various reasons, it was a bit of a hello-goodbye trip, but I'm looking forward to returning mid-December for more japes and tomfoolery! 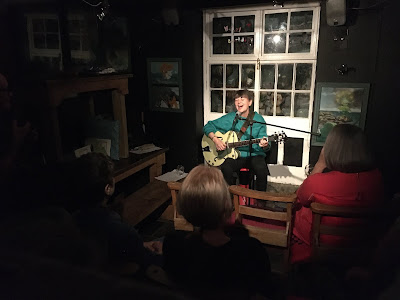 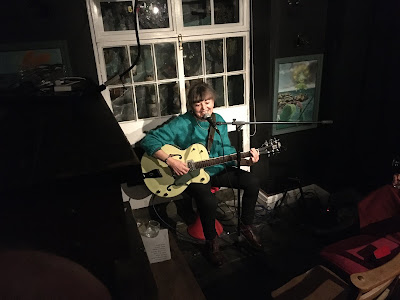 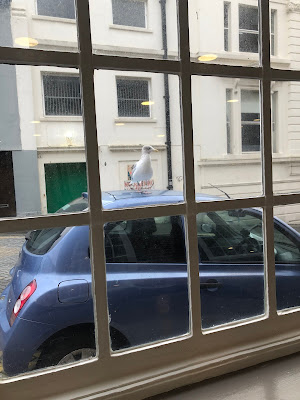