Laura Knight at the MK Gallery

Sometimes it's worth making a journey somewhere to see an exhibition that is unique. It feels like all the more of a gamble when the gallery website actively repels you when you try to buy tickets in advance, and nobody answers the phone at the gallery. Will you travel all that way and be turned back at the door?

We decided to chance it, and after a quirky train journey during which the conductor interviewed all the passengers informally, and said goodbye to them personally over the tannoy ('don't forget to put the cards away after your game and before you get off the train', and 'is my dad there in his allotment today?'), we disembarked at space-station MK and walked up the wide LA-style boulevard to the gallery. It's a town for cars, quite clearly, but we found our own landing strip and passed some jolly chaps pruning the evergreen shrubs on the way up. It's quite a way, through the quiet shopping centre. The whole place reminded us of the outskirts of a European town- perhaps Barcelona, or Lisbon: there was an overall sense of the centre of things being elsewhere; and I remember reading about Los Angeles: 'There is no there, there'. It was like that.

The gallery was quite busy, and we were hungry after the walk so we sat in the caff for a bit. It was lovely, actually: children, grandparents, ladies lunching and really friendly and relaxed staff. Then we jumped into the exhibition to see what we could see.

The first room was dominated by a huge painting of an Edwardian daddy playing with his daughters. It was absolutely extraordinary. I didn't think daddies played with daughters back then. One of them was climbing a tree. I didn't think girls climbed trees back then either. She also looks rather grumpy, as though she didn't want to be photographed... hang on a minute! That kind of sums up the whole exhibition, and is really why I wanted to see it. Knight noticed things in paint that other partists overlooked. She lived with travellers and documented their lives, especially the women; she painted portraits of people of colour in theatres in New York, especially the women. She defied the edict against women painting nudes and she not only did that, she took a whole bunch of them down to Cornwall and painted them swimming outside. She lived with a circus for a while and painted the performers, and she was also a war artist. Because of the reflections in the glass I wasn't able to photograph one of the best paintings, the silvery fabric from an airship spread across the floor of a repair factory, shimmering and heavily folded, with groups of women sitting together mending it. It is such a beautiful piece of work: you can actually feel the concentration of them working. You are with them there.

And reader, she could paint vehicles!

Stylistically, we saw early paintings where she was experimenting with pointillisme, then brash and colourful portraiture, and then detailed paintings of wartime workers, both male and female. Her palette was often rich and colourful- quite defiant. She was an excellent draughtswoman, with some exquisite etchings that demonstrated her dynamic skills with the weight and power of line.

Most importantly she was endlessly curious, and poetic in her processing of what she experienced, pondering on the travellers having only mud for a carpet yet the sky for a ceiling, for instance.

Over and over again, she painted a section of a city street illuminated by a flash of lightning because there was no other light like it. She visited the painting again and again until she felt she'd captured the moment, with its flustered umbrella people, bicycles, trees, railings and buildings all illuminated by the harsh flash.

Knight was a woman who quite obviously lived life to the full in all its terrible and wonderful glory. A woman after my own heart and an inspiration. It was well worth the journey in order to return home refuelled, and to remember that defiance is the best and only way! 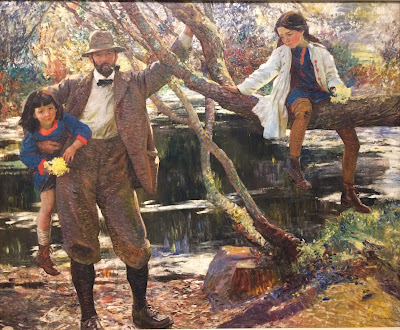 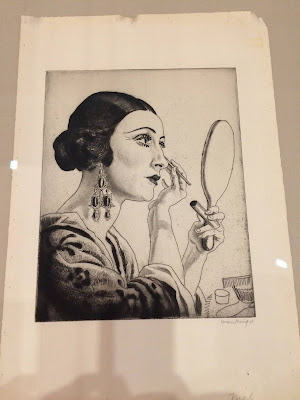 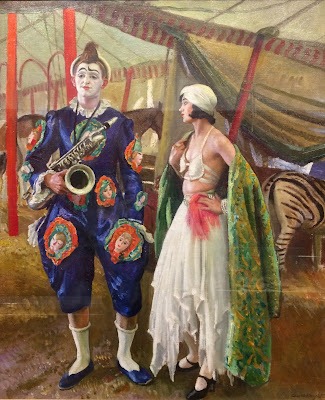 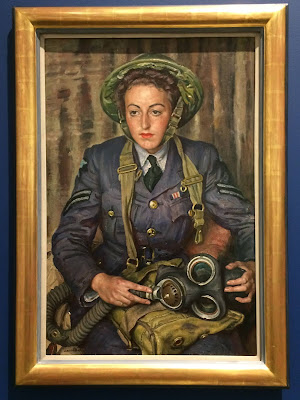