It felt like an entirely new experience, to be in an art gallery. All that space, and all those paintings. Gina showed me some of her own work when we were having coffee in the courtyard before the exhibition, and I could see the correlation: the idea of nakedness and exposure of women not for the male eye, but from the female feeling and experience. Taking back control mate, innit?

I worked out that Tracey Emin works on some of her paintings upside down, which was intriguing. I do a similar thing, though not the same, with drawing. I particularly liked seeing the different pressures of the paintbrush on the canvas. And the most amazing thing? It wasn't mediated through a screen, and the paintings were big... huge, some of them. Even the smell of the gallery, and the sound of the gallery attendant humming, and it reverberating gently around the space and merging in with the quiet chatter and clumping footsteps. An art gallery, and art. Real.

I'm listening to Gideon Coe at the moment and have been moved to tears by hearing him play a Dub Colossus track. Such strange times of illness and death, yet Spring has arrived and is paying no attention at all. Everything outside is green and rainy and fresh and exuberant. I have planted courgette seeds, and they have positively burst into life out from the constriction of their husks. Out of prison, no longer confined! I know just how they feel, actually. 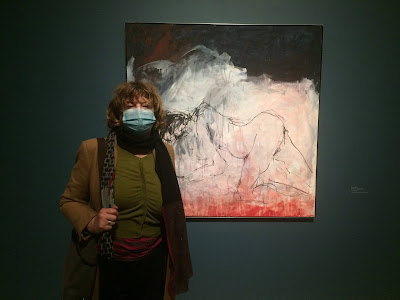 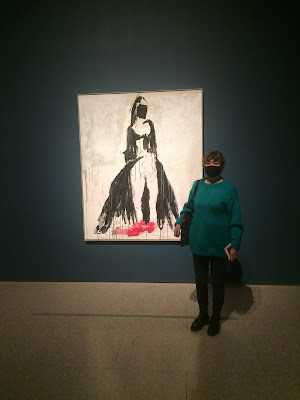 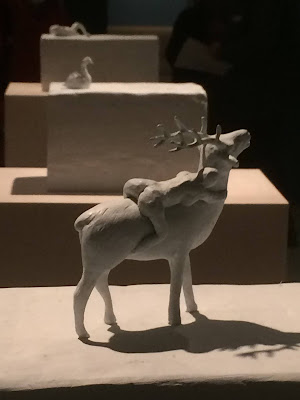 Posted by Helen McCookerybook at Tuesday, May 18, 2021