Jetstream Pony and the Lancashire Bombers at Paper Dress Vintage

It takes a big incentive to go out anywhere these days- not my own things, of course, but other bands....

However, this was an irresistible night and despite the travel problems (I think all the tube drivers on the Northern Line must be isolating because there were huge gaps between trains), we managed to get there in good enough time to catch the Lancashire Bombers, a quartet of chaps with a junior drummer who was one of the most musical drummers I've seen for a long time. He really drummed to the songs and more than held his own amongst his elders, who played rapid-fire garage pop with a Northern Soul twist. I was particularly taken by the Burns guitar which scorched its way through the set. There was a tongue-in-cheek approach to the short, sharp songs which gave them quite an edge. I'm glad to have seen them.

Jetstream Pony were headlining and it was such a joy to see them playing again. Their songs are intricate while still sounding really powerful, and they play with a commitment and a belief in their material that takes you along on the musical journey with them. They are one of those bands whose shows are like a puzzle. Why did they put this bit in the song, and how did they think of it? You'll just be drifting off on a harmony between Beth and Shaun, and then a new part of the song kicks in. As well as being really great musicians, there is an extraordinary imagination that goes into the creation and delivery of their songs. I always really love seeing them. They had a borrowed drummer last night who did a really good job, locking in neatly with Kerry's bass lines. I wish I'd bought one of their CDs but because of the train problem the night was cut off a bit short. Next time!

It is always the right thing not to stay at home sitting about and watching TV, even if it's a Strictly Come Dancing night. You can catch up on that another time. While we are between lockdowns, put that mask on and go out. Breathe in the pleasure of live music while you can!

I'm sorry about the crap photos- people were taking much better ones, and also filming- might be worth checking out Youtube. 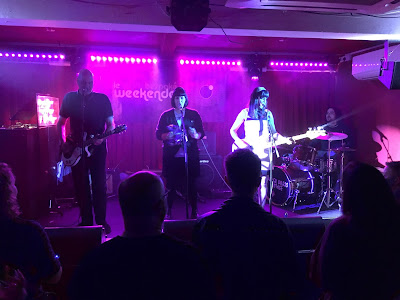 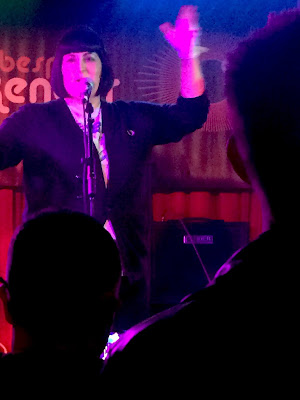 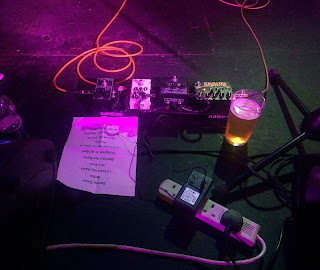 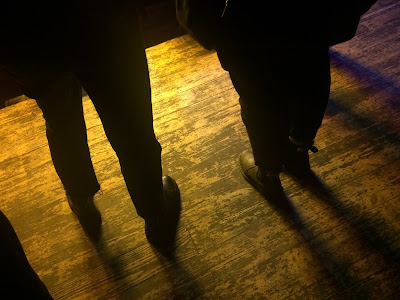 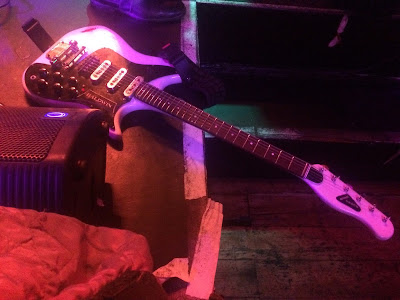