Today is going to be a song day. Retrieving the lost music yesterday was like pushing a boulder up a hill, but I got to a satisfactory point where I can have an ears-rest from that one, and start the backing track for another.
It's inevitable that such accidents will happen when you're sailing in such a sea of music. I have never written so many songs, all so different from each other: it's probably a release of pressure. Lockdown also has given me and  a lot of other people time to take stock and consider deeply what we think and feel. Sometimes I have felt uncomfortable about speaking out and acting on things that I felt were wrong, but I won't feel like that again. I also feel ashamed of people who have deflected completely reasonable and fair moves to make change in such a way that you could see they had their fingers in their ears, and were making faces at you: just that they weren't doing that visibly. Now perhaps they might listen more, just as we all listen more, and act on what we believe.
And....
I so wish live gigs could start happening again. I miss the adventure and the two-way feeling, though the online ones have been lifesaving. That feeling of the flow of songs down your arms to your guitar, and out of your mouth singing is such a great sensation, especially when there are people listening with a drink in their hand and a smile on their face on their night out.
Come back, life!
I filmed a track in support of the Betsey Trotwood at the weekend, and their 'gig' is going to be on Saturday. I'm also taking part in an online discussion based in Liverpool on Saturday, which will be webcast at 8 p.m. and details will surely follow. How adaptable we have to be. After this, we will all be in different mental shapes, let alone our physical ones.
I drew this for someone's project: 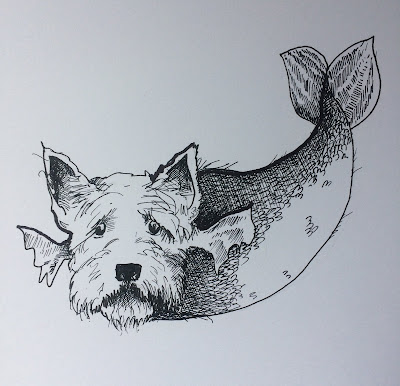 I am totally missing live gigs. I admit I do more classical these days and that really doesn't come across well on the small screen.

But... the online discussions make having discussions much easier. Getting people to join in from the comfort of their homes is a lot easier than getting them all to travel across the country to some random auditorium somewhere, so long may that continue