Somehow, I ended up on a train to Glasgow on Friday to visit Kenji and Till, armed with a thick academic book to read and an article to correct.
Kenji met me at Glasgow Central and we went for a cup of tea and both tried out a fabulous guitar that begged to be bought but alas, neither of us was rich enough so we got on a train to Crossmyloof and ended up in Paisley.
We had got on the wrong train.
Back at Glasgow Central, we started again and had just got to his and Till's, when Kenji noticed that the Pearlfishers were playing at the Oran Mor. I know David Scott from years ago, love his songs and had never seen them live so of course we had to go.
Food? Pah!
Off we went, stood down the front and watched/listened to a really good gig played by great musicians. And a lot of witty repartee from Davey: 'Unbelievable: I walked in here tonight and our record were on sale just over there by the door!'
Once we'd climbed out of the speakers, I discovered that Kenji's friend Tita had messaged and invited us to a bar, so off we went again, drifting into a chip shop along the way to get the world's most delicious chips to wolf down on our way there.
And there was Tita, and her partner who plays trumpet for Belle and Sebastian, who was just off to DJ somewhere else. I spent the evening chatting to two members of Dragged Up, one of whom used to be a Trembing Bell. They were great.
At the end of the evening, they said 'We like you. Will you join our band?', and of course, I said yes.
What a night!
And somewhere along the line, a huge pearl of wisdom emerged from Kenji's idea store: that in a band, the imagination is an instrument in itself.
Yes, so very true.
Hall of Famous Quotes for you, Sir!

The three of us breakfasted the next day at Jodandy's and I shot off to look at Glasgow's TK Maxx (disappointing), but saw some fantastic samba buskers in kilts.
Oh such fun!
I'm exhausted.
I choked on my tea again at a posting in the TK Maxx Gallery of Horrors: the 'Ginger Tool'.
Oh deary me. Fetch me my slippers butler, life's rich and varied tapestry has been particularly rich and varied this weekend.
I need sleep.
Is it really only 7 p.m.? 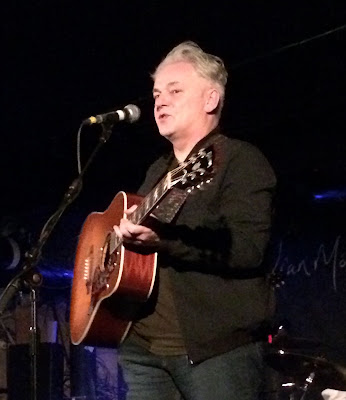 Photos, in completely the wrong order: David Scott at play; samba band resting between numbaz; Kenji and Till; me, a Dragged Up and Tita (photo by Kenji); Kenji playing the swanky guitar. 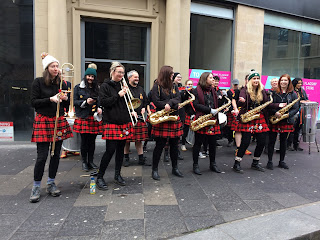 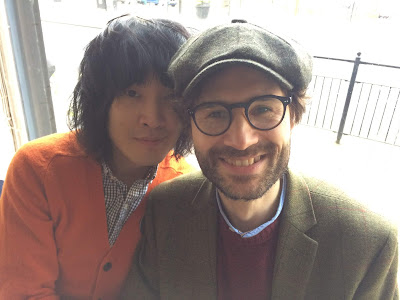 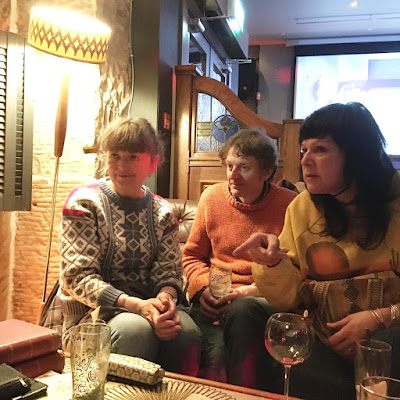 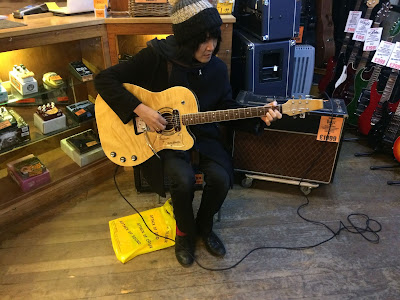