By a roundabout route, I was invited along to Castle' Corner at The Castle Pub in North Acton. It's just across the road from North Acton tube, which was handy because it was so boiling hot last night that even moving 100 yards was exhausting.
I know Stix because she graduated from the University of East London last year, and she started running this night back then. In these few months, she has built the night up to an extraordinarily friendly and supportive night for performers and audience alike.
With George, her co-producer, she invites a combination of poets, bands and singer songwriters at every stage of their career to get up and have a go; the audience listens, supports and claps along, and often gives the performers a big hug when they get off stage. Last night kicked off with the band (Stix on drums and two guitarists), followed by a chap with a big bear's voice singing bluesy songs and playing a few nifty licks on his guitar. Some people played covers (a great version of Billy Bragg's New England). The night carries on till midnight, when I believe there is a mass jam session, but alas, I had to leave because at midnight I turn into a pumpkin. As I was leaving, a guy started singing a gorgeous version of Ain't No Sunshine, and people started dancing and swaying along as he sang.
You know what- the stupid, stupid brewing company Fullers is going to sell this pub and build flats on the site instead. More anonymous people-boxes in North Acton: already it looks like a giant Clark's Shoes stockroom. How incredibly silly. I don't think I've ever been in such a friendly pub: all ages, all cultures, all genders, and everyone talking to each other and enjoying the music.
If you have a bunch of songs you'd like to try out in front of a positive audience, this is the place to do it. They have a Facebook page so you can contact them and leave a message for Stix: https://www.facebook.com/castleacton/
And not a hipster in sight! 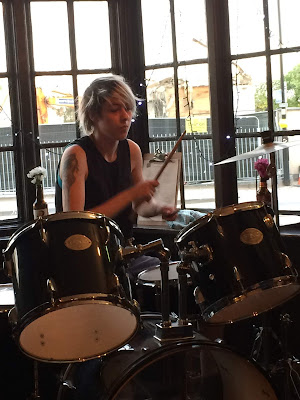 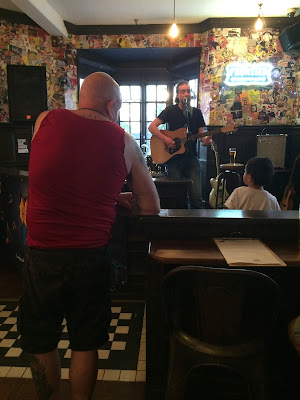 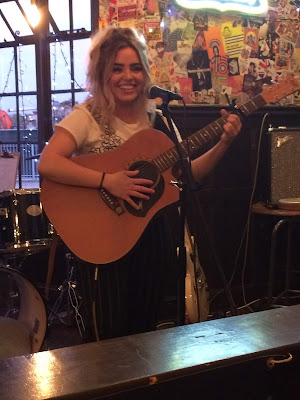 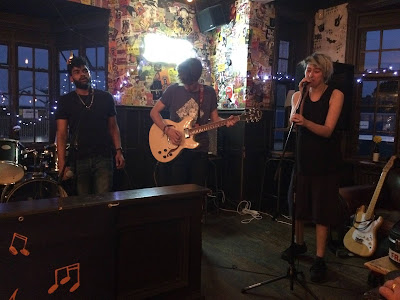