Vivien will be coming in to talk to some students at the University of the West next week and I was delighted to go along to her Punky Reggae Perty event on Wednesday. I sat next to Gina, who was filming the evening, and her partner Mike, near the front so we got a great view of Vivien herself and also the slides of some very stylish people from back in the day: Reggae and Punk people both from bands and not. Everyone looked good back then (or maybe that's the rose-tinted specs talking). There was even one of Darlajane Gilroy and her then partner Rick; she appeared on the cover of our Brighton zine Pick of the Poseurs.
It was a really warm-hearted evening with some technical glitches (a microphone that cut out from time to time, and the wrong track selected to play from time to time) but the talk was very powerful.
I welled up when Vivien paid tribute to Poly and Ari, and there was an utterly charming moment when she sang along to Launderette. What a catchy song: it is so much 'of the time'.
I took away with me a visual image of the child Vivien at family parties handing peanuts round to her parents' friends who had Nazi tattoos from the camps on their arms; and a lot of other food for thought.
What an generation of people! We all have different memories and different stakes in the past that are  all equally valuable and all equally subjective.
Without each person creating music, taking photographs, writing, making clothes and fanzines, or putting on events, the whole shebang couldn't have happened. Being punk, even the audiences were just as important as anyone else.
Hats off to Vivien for collecting together such a great bunch of people (Chrissie Hynde, Don Letts, Gina, Andrea Oliver and Neneh Cherry- whose music sadly I missed due to getting up at the crack of dawn to lecture next day- and many more). This was a fantastic evening that sold out very quickly and I'm glad I went; look out for more Punky Reggae Party events in future!
Below: Launderette, and Vivien looking good beside the slide-show at The Bethnal Green Working Men's Club 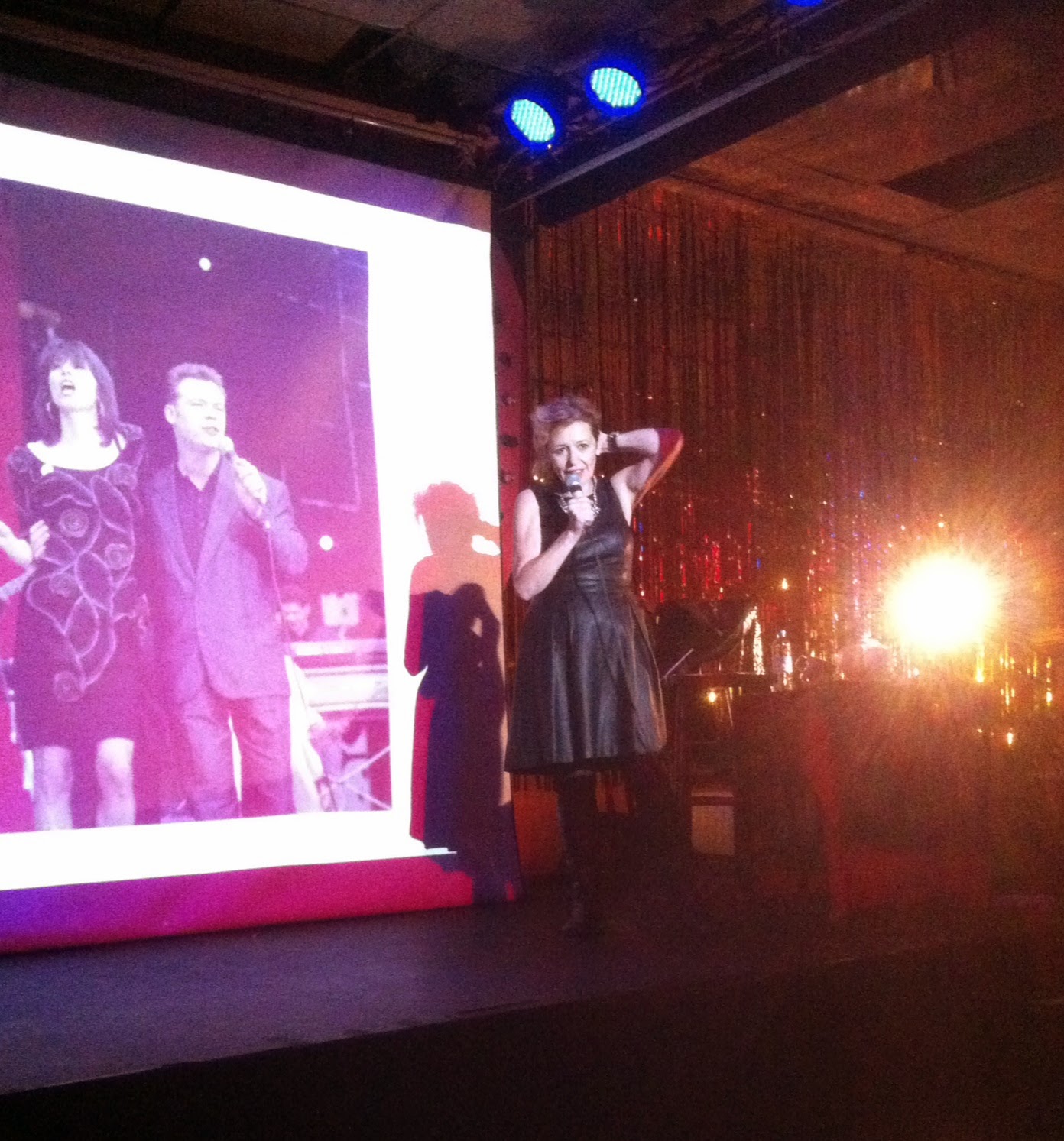